The Polish-born director Pawel Pawlikowski grabbed our attention at the beginning of the last decade with two brilliant and intensely English contemporary pictures: Last Resort (2000) and My Summer Of Love (2004). Now he has returned with an arresting period movie from the heart of postwar Poland – and from his own heart, too. Every moment of Ida feels intensely personal. It is a small gem, tender and bleak, funny and sad, superbly photographed in luminous monochrome: a sort of neo-new wave movie with something of the classic Polish film school and something of Truffaut, but also deadpan flecks of Béla Tarr and Aki Kaurismäki.

It is the early 1960s, but in the freezing countryside of central Europe it could as well be the 1860s or 1760s. Newcomer Agata Trzebuchowska plays Anna, a novice nun about to take her final vows in a convent where she was left on the doorstep as an baby in 1945 by persons unknown. But Anna has one surviving relative, with whom she is encouraged to make contact, before she makes the irrevocable decision. turns out to be her aunt, Wanda Gruz, tremendously played Agata Kulesza: a worldly hard-drinking woman who lives on her own, and who is evidently something of an embarrassment to the authorities.

Wanda was once a high-flying state prosecutor and former zealot of the communist state who, owing to misdemeanours, is reduced to being a magistrate, judging petty quarrels between neighbours. Drunken, bleary Wanda reveals the truth to her niece: Anna's first name is Ida and she is Jewish. Now Ida and Wanda – the oddest of couples making the most daunting of road trips – must set out to discover what happened to Ida's parents during the war. It is a trip that Wanda has clearly been delaying – and dreading – because it will reveal a great deal about her own disordered emotional state. 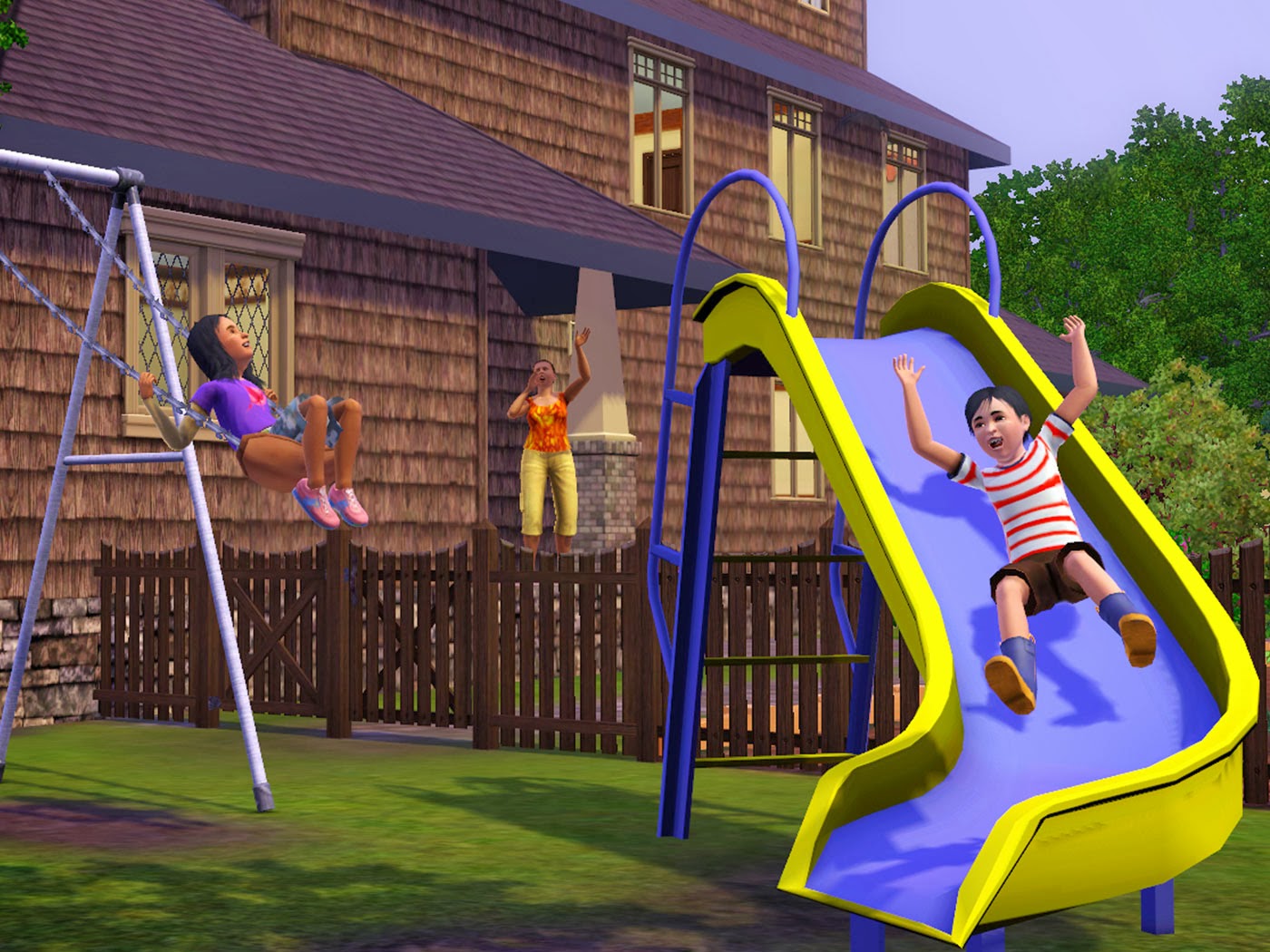 Ida is a drama that obliquely but candidly addresses the issues of Polish catholicism, antisemitism, the church and the state. Ida is someone whose nun's habit enforces a reflex respect from those she meets: she is aware that this is something not to be renounced lightly, and the idea of renouncing it in favour of Judaism is an ever-greater wrench. She and the other noviciates are in one scene shown face down on the ground in the traditional attitude of humility and self-abasement, a face-down inversion of the crucifixion pose that paradoxically suggests sensational importance and prestige.

On their travels, Ida and Wanda pick up a hitchhiker, a jazz saxophonist (Dawid Ogrodnik) with an obvious crush on Ida who introduces them to the music of John Coltrane, and to a new world of racy late-night clubs and the first, prehistoric stirrings of 60s youth culture. Yet the end of the war was only the day before yesterday. In fact, the war has not ended for Wanda, who knows well that there were some Poles whose instinct was to collaborate, denouncing the Jews in their midst. Others helped them, hiding them away. There were yet others whose attitudes were ambiguous, who hid Jews, then felt progressively panicky about the risks they were taking. With her prosecutor's instinct, Wanda knows who these people were, and who will tell her the truth about Ida's mum and dad.

The relationship between Ida and Wanda is elusive: roommates, aunt and niece, quasi-mother and quasi-daughter. Their generational gap seems unbridgeable, as does the gap between those who lived through the horrors of war, and the new, lucky generation coming of age in times of relative peace. In a very short time, Pawlikowski's film tells us a powerful, poignant story with fine, intelligent performances from Kulesza and Trzebuchowska.

Devoid of color and mirth alike, Pawel Pawlikowski’s severe “Ida” is just the sort of joyless art film one might expect Polish nuns living under the clutches of 1960s communism to appreciate. That’s the backdrop against which the helmer responsible for such passionate pics as “The Woman in the Fifth” and “My Summer of Love” sets his ultra-restrained homecoming, delving into the country’s troubled history through the eyes of a convent-bound 18-year-old orphan. Instead of making the young woman’s search feel immediate and universal, such an ascetic treatment locks it away in the past, a grim challenge even to festival and arthouse crowds.

Considering how frequently Euro television tackles the sort of touchy emotional reconciliation attempted here, perhaps Pawlikowski simply wanted to distinguish this gorgeously photographed black-and-white drama from the feel-better fodder locals regularly get on the tube. Though other films have certainly confronted the region’s history of anti-Semitism, with this project, the director connects the reprehensible treatment of Polish Jews to timeless questions of faith by focusing the story on a novitiate Catholic nun who discovers that she was born Jewish.

Faith has always come easy for Anna (Agata Trzebuchowska), who spent the better part of her life among nuns. Joining their order won’t take much sacrifice, since her cloistered existence to date hasn’t allowed much room for temptation; nor has she faced the challenge of pardoning the unforgivable. But before the mother superior will permit Anna to take her vows, she insists that the young woman meet her sole surviving relative, a hard-drinking, chain-smoking judge (Agata Kulesza), formerly known as “Red Wanda” for her role as a prosecutor of so-called “enemies of the state.”

Cara daftar ulang kartu telkomsel. Reluctant to dredge up painful memories, Wanda discreetly informs Anna of her true identity: She was born Ida Lebenstein. All traces of her family have disappeared, and though it will take some digging to uncover the particulars, Wanda already has a dreadful sense of what happened — as will audiences, whom the film clearly assumes have heard their share of horror stories.

On some superficial level, “Ida” follows the arc of their investigation, though it would have been far easier for Pawlikowski to craft his film as a generic detective story. Significantly, he downplays the search in favor of a more nuanced examination of these two women: one an idealist completely naive to the real world, the other a cynic who can scarcely cope with the hypocrisy and inhumanity she’s seen.

For Anna, this process represents a rite of passage, further complicated by the introduction of a handsome young musician (Dawid Ogrodnik) who represents the “normal” romantic life she might otherwise lead. Can she reconcile her religious devotion with her true identity? Observing Wanda’s self-destructive behavior, she realizes how much scarier it might be to let hatred and helplessness overtake her.

Pawlikowski looked high and low for his leading lady, and in Trzebuchowska found an almost alien beauty — not a great actress necessarily (at least, not yet), but a young woman whose pale skin, wide pupils and dimpled triangle face convey the character’s half-formed transition into adulthood. She’s mesmerizing to watch, and yet, neither her performance nor the direction manage to penetrate what’s brewing behind those enigmatic eyes — dark windows into an inscrutable soul.

Of course, if obviousness were what the helmer had wanted, he wouldn’t have opted for such an austere approach. The film invites audiences to undertake a parallel journey while withholding much of the context (historical backstory as well as basic cinematic cues, like music and camera movement) on which engagement typically depends. It’s one thing to set up a striking black-and-white composition and quite another to draw people into it, and dialing things back as much as this film does risks losing the vast majority of viewers along the way, offering an intellectual exercise in lieu of an emotional experience to all but the most rarefied cineastes.